Reliant Realty launched in 2004 with a handful of hard-working agents, operating out of a tiny rental office in a South Nashville strip mall.

The next 3 years saw one of the largest market swings in history, with an incredible boom immediately followed by a devastating national crash.As lenders, builders and firms closed around us and thousands of agents left the business, we trusted in ourselves and refused to fold. Instead, we adapted.

With a revamped business model, a sense of urgency, no semblance of a budget, and exactly 1 agent on our roster in late 2007, we forged ahead. Through hard work and sacrifice and against all odds, we began to grow.

Over the next 3 years, we opened and outgrew office after office, expanding into 5 offices and a roster of 750 agents. We became one of the largest and fastest growing firms in the nation.

During this time, technology changed and grew at a pace never seen before. Before long, it was clear we would benefit from partnering with a proven leader in technology and education. ERA was a clear choice and, in 2016, we forged a relationship to become Reliant Realty ERA Powered, one of only 5 “Powered By” operations in the world.

Thanks to our remarkable group of Principal Brokers, Management, and Senior Leadership, we’ve grown from our meager beginnings to consistently rank in the top 1% of all firms nationwide and 3rd largest ERA firm in the world.

We’re proof positive that, when you have a quality team of people who take pride in the team’s successes and operate in a collaborative environment, anything is possible.

A REALTOR WHO WORKS FOR YOU

Knowledge, experience, and integrity. What you get from each of the 600+ agents that make up the Reliant Realty ERA Powered Team.

Buy, Sell or Relocate, Reliant Realty ERA Powered is with you to get your best deal! 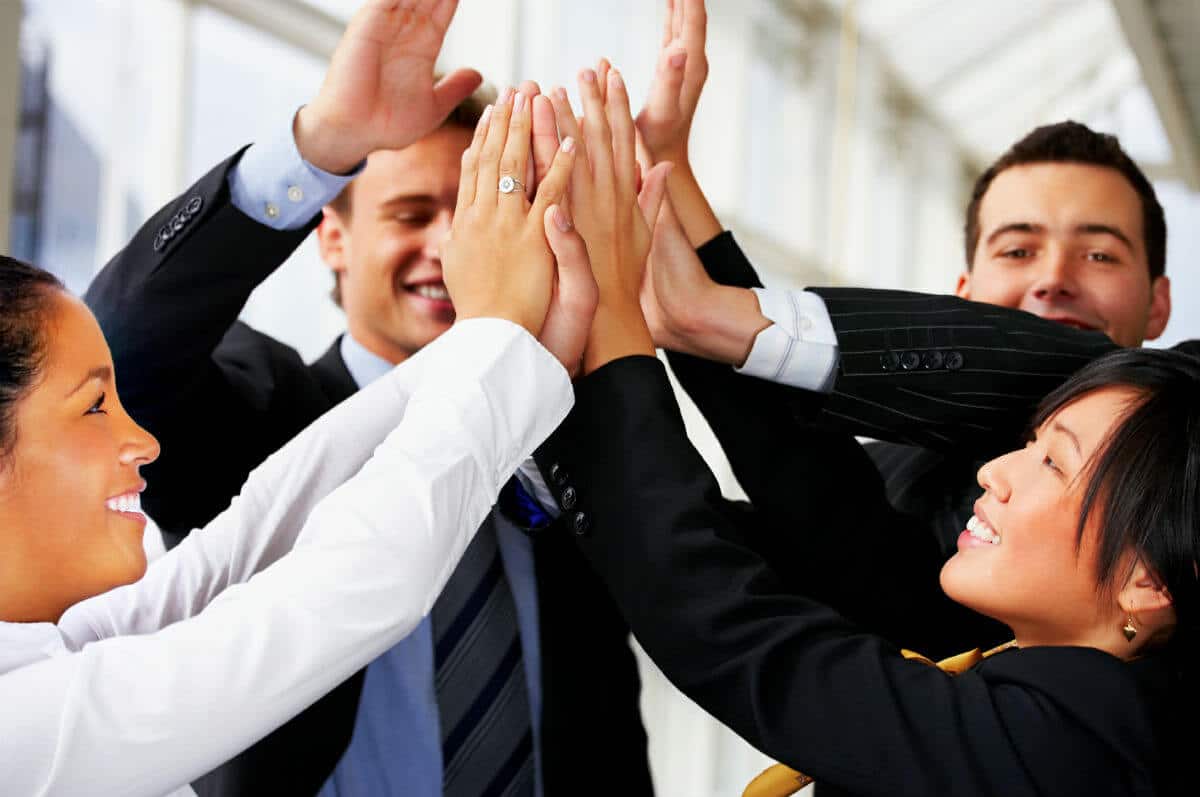 He entered the business as a sales associate in the late 1990’s and joined the management team shortly thereafter.  Casey spearheaded the opening of offices in new markets for three years before venturing out on his own to start his first firm in 2001 and Reliant Realty in 2004

Rapidly evolving technology combined with emerging legislation and unparalleled market fluctuations have caused the industry to change more in the last decade than ever before.  Growing firms during this remarkable period provided the experience and insight that guide our family of companies today.

Casey continually engages with his management team with an eye on the future and a goal of improving daily.  With a firm belief that inclusion and collaboration are the keys to success, Casey draws from the many talents and perspectives within the Senior Management Team.  He identifies all present, past and future successes as the direct result of Reliant's remarkable men and women operating with a "team first" disposition that is the cornerstone of each endeavor.

Casey currently serves on ERA's National Advisory Council and is a member of the Young Leaders Network.

In their downtime, Casey and his wife Beth enjoy experiencing new places and people which has taken them to more than 20 countries on every continent other than Antarctica.

As CFO of Reliant Realty ERA Powered, Jennifer Pierce Cook serves an integral role in the development of one of the fastest growing companies in the Nashville market.  Jenn manages and motivates staff with emphasis on organic growth within the company.

Less than one month after graduating from Middle Tennessee State University, Jenn became a founding partner of a successful accounting firm while also earning her Masters in Accounting in 2008 and earning her Certified Public Accountant certification in 2009.

​Jenn was featured as the cover story – “Building a Practice for the Future” – in the 2011 CPA Practice Advisor.  She was named among CPA Practice Advisor’s “Top 40 Under 40” in 2012 and was awarded Tennessee’s Small Business Entrepreneur of the Year in 2013.

Professional accolades aside, Jenn’s most treasured titles are that of wife and mom. Evenings and weekends are spent with her husband and their son.

Sean Shariati has been a key player on the Reliant management team since the company was founded in 2008.

As the principal broker for Reliant’s largest office, Sean is always on the move, managing the needs of more than 200 agents currently based out of our south Nashville location as well as remaining active as a sales agent to remain sharp.

With more than 10 years of real estate experience, Sean has an intimate and thorough understanding of the local and regional markets. He has navigated hundreds of transactions – from first-time home buyers to seasoned investors – and truly loves meeting the needs of buyers and sellers throughout the mid-state and beyond.

In his downtime, Sean enjoys time with his wife, Kate and their children, Norah and Henri.  At any home game, you’ll have a good chance of seeing Sean supporting the Titans and the Preds.

After serving 20 years in the military as a 101st soldier stationed at Fort Campbell, Randy has transitioned to a remarkably successful career in real estate in short time.

Drawing from the lessons and culture provided by his previous life in the Army, Randy provides excellent leadership and guidance that enrich the professional lives of his agents.

Randy also serves with the Hilldale Family Life Center and is an active board member of the Fort Campbell Retiree Association.

Happily married to Su Whetsell, likewise a realtor, Randy considers no greater title/achievement than that of being the father to three dynamic children.

A self-proclaimed army brat, she grew up on the move.  Born and raised in Germany,  she has also lived in the Panama Canal Zone and various regions of the U.S over the course of her child - and early adulthood. More specifically, Tammy moved no less than 19 times before she reached the age of 21!

When Tammy chose to pursue a career in real estate and earned her license in 1986, she started selling in Atlanta, Georgia.  Ten years later, in 1996, Tammy moved to Nashville, Tennessee, and continued to further her education within the field, garnering an impressive number of professional designations to include Broker, CRP, GMS, SGDS, ABR, CRS, GRI, SRES, and e-Pro.

Over her career, she has accumulated more than 15 years of experience as a relocation director, managing third party, corporate and REO business.

Tammy was proudly published in October 2012, when she wrote “You Can Move Home Again,” a self-examination and discussion of international relocation for Mobility. The magazine serves as a multi-tool for more than 30,000 industry professionals each month.

In short, Ms. Carroll is the driving force and a uniquely valuable resource for the entire Reliant team.

Eric Oldsen is the Regional Director of Broker Operations for Reliant Realty ERA Powered and Principal Broker of our corporate headquarters at the Gallatin, Tennessee, location.
Eric earned a Bachelor of Exercise Science Degree while attending Slippery Rock University of Pennsylvania and the University of Sydney. He remains a health and wellness enthusiast, enjoying fitness training, surfing, and adventure sports.
In 2002, Eric embarked on a career in real estate in Nashville and has been aiding buyers and sellers in accomplishing their goals ever since.
As a principal broker since 2005, Eric enjoys overseeing transactions and nurturing relationships with agents and their clients, demonstrating “real estate the right way” with integrity, consistency, and consideration for individual needs and workstyles.
​
Having expertly navigated transactions in primary residence, new construction, investment, vacation, recreational, commercial, and land, Eric is well versed in all areas of our industry.

His nearly 12 years of real estate management have provided opportunities to share valuable insight and knowledge with his team of agents as well as his own clients. Customer service, attention to detail, devotion to the industry and strong negotiation skills are among the personal attributes that allow him to stand out within his profession.
Staff, colleagues, friends, and clients know that Eric invariably goes the extra mile to help others achieve and even exceed their goals.

Inspired by her passion for the industry and desire to increase the standards of real estate agents, Ali has been teaching for Reliant Realty ERA Powered since 2017.

Her goal is to help agents, new and experienced, to further develop existing knowledge,  grow with an ever-changing industry, and build new skill sets. She loves to teach about effective communication, real estate technology, organization and much more to get to the core of what real estate demands on a daily basis. Ali strives to ensure that every Reliant Realty ERA Powered agent will deliver stellar service to all and the resources and education is there to support them.

Ali has been a part of the real estate profession for many years in different areas of the industry. Starting in 1997, she began working for the prominent custom home builder Radnor Homes as a sales assistant where she developed sales and interpersonal skills that have proven to be one of her most valuable strengths. She then moved on to working for builder Roger Fallon of Fallon Homes, located in Williamson County, where she facilitated in sub-contractor scheduling management and designed the company's marketing strategy, giving her much insight into what works and what doesn't.

It was in 2010 that Ali followed in her mother's footsteps (35 years and still going in real estate sales and construction) and moved into real estate sales full-time; she has never been happier! In 2014 she returned to MTSU to study Residential Construction Management and Development to increase her existing knowledge of home construction to provide yet another level of service to her clients. Ali wants to ensure she is prepared for whatever is in front of her!

​Jimmy’s “Client First” philosophy was adopted and developed through more than 25 years of sales and management experience, including 15 years as a broker/realtor.
Born and raised in Murfreesboro, Jimmy graduated from Middle Tennessee State University where he was a proud member of the Blue Raiders baseball team.

Jimmy graduated “with wings” from our 2015 ERA Top Gun Academy and went on to become our corporate trainer. He has also completed extensive relocation training, earned the 2016 Cartus Network Affinity Specialist designation, and now shares his expertise with our ever-expanding relo team, in addition to fully supporting the needs of his Murfreesboro agents.

Eileen George is Reliant Realty Brand Ambassador.  She joined the Reliant Management team in November 2016.
With real estate sales experience since 1986, Eileen has received the Sumner County Awards of Excellence Lifetime Achievement Award, serves as Director of the Association while actively participating in RPAC membership, and past Officer of SAR.  She has the Designations of CRS, GRI, ABR, and e-Pro through NAR.
Eileen believes strongly in service to the community while assisting agents in building their portfolio of business through training sessions.  She has been educated in the Zap platform since it was introduced in 2012 and built a successful profit center for a previous company affiliation.  Watching others achieve their goals is one of the greatest joys in her career and has brought this passion to Reliant Realty and their agent population.
Originally from New York City, she calls Nashville home for over forty years.  She loves the home that she shares with her senior cat, Annabelle and talks long-distance with daughter, Jennifer, and son-in-love, Andrew who's serving in the US Army overseas.
0/5 (0 Reviews)